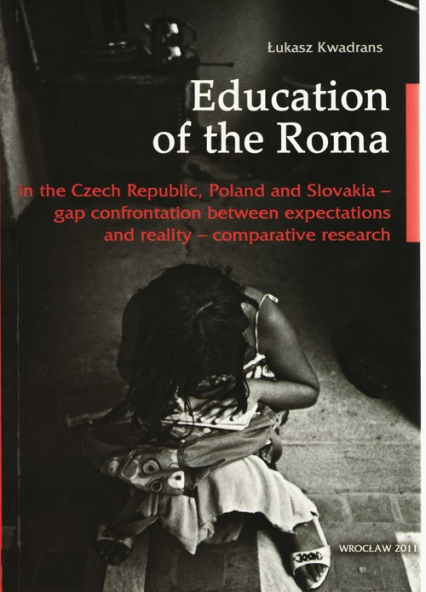 Education of the Roma in the Czech Republic, Polan and Slovakia Łukasz Kwadrans

The author of this publication strives to analyze the transformation in the educational process of the Romanis3 reflected by the key phenomena that define our modern education systems: institutional transformation as an internal process and European integration and globalization - two external processes. It is also vital to discuss the assimilation and integration policies towards the minority ethnic groups. The interdisciplinary approach towards the above issues comprises sociological, political but mainly pedagogical analysis with the focus on the multicultural and intercultural concepts vital for this project. Comparative research requires extensive theoretical preparations. The dual understanding of the modern Romani education is based on two functions of the education system: the first one aims to educate the Romanis and to prepare them to work and live in a multicultural society with special programmes being conducted to aid the process of their bicultural identity formation. The second one focuses on the mainstream population’s education on the The Roma minority group. Such a dualism would reflect adequately the idea of cultural pluralism. The successful implementation of the above two challenges would contribute to the Roma and non-Roma’s peaceful and benign coexistence in a multicultural society and integration of the two groups.

The publication constitutes a comparative research on the Roma current education and future perspectives in the three chosen countries of Central Europe. The analysis covers the 1945–2004 period – a few decades of Romani educational transformations. Due to the structure of the pedagogical system, the analysis of educational transformation has been carried out within the framework of compulsory education. The research centres mainly on the primary and secondary schooling but also refers to the initiatives of Non-Government Organizations and kindergarten education. The subject research is intertwined with comparative pedagogy, multicultural/intercultural education and sociology of national minorities and ethnic groups.

Theoretical analysis relates to the following issues: the Romani ethnic group, multicultural and intercultural education, cultural traditions of national and ethnic minority groups. The characteristics of Romani ethnic group, their living situation, factors shaping Roma participation in the mainstream culture and education in the mentioned above three countries of Central Europe, have been presented in the publication.